What does Obergefell mean for Ohio divorce law? 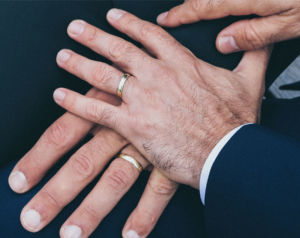 On June 26, 2015, the United States Supreme Court issued its decision in the matter of Obergefell v. Hodges (576 U. S. 644 (2015)). In a 5-4 decision, the Court ruled that the Fourteenth Amendment requires states to issue marriage licenses to same-sex couples and recognize the marriage of same sex couples who were lawfully married in another state. In Ohio, which previously did not allow same-sex marriage, this meant not only a change in the laws surrounding marriage, but the laws surrounding divorce.

In many cases, same-sex couples that have been legally married only a few years have spent decades building their lives together. This can include the acquisition of real estate, retirement and investment accounts, and bank accounts. In cases where one spouse may have been the primary breadwinner or one spouse did not work at all, the non-working or lower-earning spouse may have grown entirely dependent upon their partner, in which case spousal support will surely become a topic of discussion. In these instances, the establishment of a de facto commencement can either be beneficial or harmful, depending upon your role in the marriage. If you are the higher or sole income earner, a de facto commencement date may result in you paying spousal support for a significantly longer period of time than if the court used your date of legal marriage. If the couple kept the majority of accounts and property in the name of one spouse, the other spouse may significantly benefit from the establishment of a de facto commencement date.

When it comes to children born prior to a same-sex couple obtaining a legal marriage, the option of divorce has lessened the issues in establishing parentage for the non-biological parent. Additionally, Obergefell means that same-sex couples may now also take advantage of stepparent adoptions.

The term “same-sex divorce,” though often used, is unnecessary; it does not connotate something different than a “heterosexual divorce” as the legal processes are the same. However, as detailed above, there may be additional issues to consider when the spouses are of the same sex. So, it is important to find an attorney who understands the potential legal intricacies of your case. More importantly, you should ensure that you select an attorney with whom you feel comfortable. Going through a divorce can be a very emotional and traumatic process and feeling assured in your selection of counsel will only make the process that much easier.